In less than a week’s time, I will be heading to the Treasure Island Music Festival (TIMF) as it kicks off this Saturday in Oakland. With headliners A$AP Rocky and Tame Impala, TIMF boasts an extremely exciting and high-energy lineup even compared to previous years. In no specific order, here are nine acts to look out for at TIMF.

JPEGMAFIA, known to his fans as “Peggy,” gained attention in rap spheres with his erratically experimental “Veteran” this year. “Veteran” perfectly deconstructed SoundCloud rap and pushed the boundaries of hip hop, getting co-signs from fellow avant-garde rappers like SoundCloud rap legend Denzel Curry, who featured Peggy on his recent “Ta13oo” project. Lyrically, JPEGMAFIA fearlessly delves into themes of identity and hostility in America’s current political climate. Although he’s cemented his punk sound in the hip hop scene, he has a backup plan: his Masters Degree in Journalism. Damn, Peggy. The rather silent rise of serpentwithfeet is one to behold both on stage and on tape. The immediate popularity of his “blisters” EP and “soil,” his debut LP, has landed the vocalist critical acclaim and even a featured writing credit and performance on BROCKHAMPTON’s “iridescence.” Though his initial goal was to become a classical singer, his avant-garde take on gospel and R&B make many thankful he stuck to paving his own style.

This neosoul quartet simply oozes with talent. Nearly every song they create features a blend of prog rock level with vocalist/guitarist Nai Palm’s simple soulful stylings. Their sophomore effort “Choose Your Weapon” was one of most emotional and best arranged records of 2015, with instrumentals so powerful they were sampled in many recent hit records, including Kendrick Lamar’s “DAMN” and Drake’s “More Life.” Since then, the group has stayed relatively quiet except for a solid Nai Palm solo record last year and a theme song for a short-lived Hannibal Buress late-night show for some reason. Regardless of whether or not they have new music to perform, Hiatus Kaiyote will surely deliver their self-described “multi-dimensional, polyrhythmic gangster shit.” 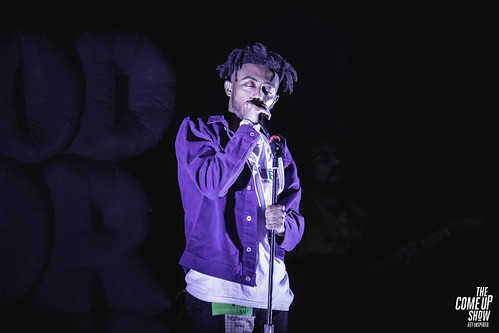 With hits like “Caroline” and “Spice Girl,” this former XXL Freshman created a quirkily optimistic record in his debut album “Good For You” in 2017. While he’s developing his studio followup, Aminé has dropped a project in the interim, appropriately titled “ONEPOINTFIVE.” For a tideover project, it definitely packs a punch, including standout tracks “REEL IT IN” and “BLACKJACK.” Aminé’s performance at TIMF will be his first since having both projects out, so expect a varied and exciting setlist. 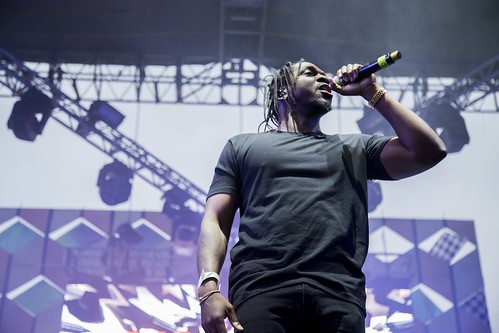 King Push himself will take a little time off of managing G.O.O.D. Music and grace TIMF with his presence. Coming hot off of the success of the Kanye-produced “DAYTONA”, Pusha T’s cold and cool delivery about his drug-dealing past and disgust for inferior rappers is as strong as ever. The concise seven-track album distills Push’s kingpin persona in a tight 21 minutes, leading to some of his best tracks to date.

After busting into the indie scene with “The Double EP” in 2014, Courtney Barnett’s unique blend of Dylan-esque lyrical verbosity and charming wit manifested beautifully in her two solo studio albums, most recently “Tell Me How You Really Feel.” With songs ranging from melancholy to charming, Barnett boasts an admirable range in her songwriting, which should surely translate into a dynamic live show.

On their own, Mark Ronson and Diplo had an amazing past couple years, with Ronson producing the new Queens of the Stone Age record and Diplo releasing hit singles with his other groups LSD and Major Lazer. After debuting at the Governor’s Ball this year, music listeners were surprised to learn that two of the music industry’s most esteemed producers were teaming up under the moniker Silk City. To date, they have only released four tracks, featuring artists like Dua Lipa and GoldLink. They’re performing for an hour, so expect them to reveal some yet-to-be-released songs.

Without a doubt, A$AP Rocky is bringing a lot of the hype that is surrounding TIMF’s lineup this year. Never short of new material, Rocky is coming off of the release of his own “TESTING” and his posse’s “Cozy Tapes 2.” “TESTING” served as a grand statement for what has been an especially transformative year for him. Relative to his more straightforward older work, the aptly titled record ventures down a much more experimental and psychedelic path in its production and overall execution. The exploration of these new sounds should lend itself quite nicely to a fantastic headlining performance by Lord Flacko himself.

Tame Impala needs not much of an introduction. After releasing the blue psychedelia of “Lonerism” and the crystallized pop of “Currents”, Kevin Parker is currently plotting his next move, but in the meantime, he has provided great production work for artists outside of his genre, including Kali Uchis, Travis Scott and co-headliner A$AP Rocky (kind of). When performing live, Parker and his live band are notorious for translating their psychedelia into mesmerizing visuals. Since Parker handles the entire Tame Impala creative process, many members of the live band direct their creative output towards a separate venture called Pond, which takes the rock and psychedelia of Tame Impala in a rawer, more jam band-y direction. Be it Tame Impala or Pond who’s performing, get ready for a trip.

Tickets are still being sold for the Treasure Island Music Festival here.